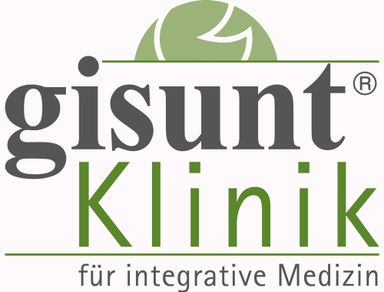 Use of the synergisms of e.g. Hypoglycaemia, hyperthermia and oxygenation

The systemic Cancer Multistep Therapy is currently being used in Germany as a first-line modality supplementing standard therapies for the treatment of cancer patients, especially those in stages of tumor progression which cannot be controlled by conventional therapies (i.e. where all treatment options have already been exhausted).

The base of this concept, presented by Professor Dr. Manfred von Ardenne (1907 – 1997) in Dresden in 1965, is the simultaneous application of the synergistic effects of

extreme whole-body hyperthermia (overheating to > 42 °C core body temperature) + induced hyperglycemia (artificial temporary hyperglycemia to achieve short-term hyperacidity, which renders the tumor cells and tissues more sensitive to heat) + relative hyperoxemia (oxygenation), which may be supplemented by chemotherapy and/or radiotherapy as well as further measures for increasing therapeutic selectivity. Since extreme hyperthermia is not selective enough for a systemic cancer therapy, the cancer cells are sensitized to temperature via hyperglycemia. This is accomplished by glucose infusions (hyperglycemia). This leads to the stimulation of glycolysis of the tumor cells and thus to a selective hyperacidity of the cancer tissue and inhibition of blood microcirculation therein.

Hyperthermia and hyperglycemia act synergistically to damage the cancer tissue, rendering it more instable. At the same time, healthy tissues are stabilized by the hyperoxemia step by an oxygen supply adapted to the exposure to extreme hyperthermia in combination with the high supply of the energy carrier glucose. This results in the necessary therapeutic selectivity and, therefore, the corresponding tolerance of the body to the extreme whole-body hyperthermia and possible further treatment steps (e.g. chemotherapy and radiation therapy).

Since the start of the clinical application of the systemic Cancer Multistep Therapy (sCMT) at the end of 1990s and the combination with chemotherapy in October of 1991 in the Von Ardenne Hospital in Dresden, Germany, this therapy became increasingly used in Germany as well as worldwide. A response rate of as high as 75 % was observed in 112 patients with early-stage cancer after quadruple sCMT therapy (Prof. Yokoyama, Tokyo, Japan).

This thermo-chemotherapy showed a 5-year survival rate in 94 % of the post-surgical renal cancer patients without metastases. By contrast, only 27 % of patients achieved it when only surgery was performed (Dr. Krasny, Minsk). These studies confirm the utility of sCMT in early-stage cancer. The therapy tolerability determined in a phase I study in the Von Ardenne Hospital was confirmed by the phase I/II study on colorectal cancer patients carried out by the Virchow Hospital in Berlin, Germany.

Possible side effects include skin irritations as a result of heat radiation (mostly caused by microcirculatory disturbances, largely reversible according to doctors' experience) and fever (38 to 40 °C) in 38 % of patients, likely as a sign of the onset of therapeutic effect. Notably, experience has shown that, in combination use with conventional cancer therapies such as chemotherapy and radiotherapy, the overall effect is a multiple of the sum of the individual effects (synergistic effect). Several national and international specialists have been researching hyperthermia for many years, which is a token of hyperthermia’s value as a therapeutic tool.

Extreme whole body hyperthermia, defined as a body temperature of 41.5 to 43.0 °C, is currently achieved by means of four different systems:

1. Water-filtered infrared A: Lying on a net in a foil tent, the patient is warmed up with water-filtered infrared radiation. This short-wave heat radiation (0.76 to 1.40 μm) can penetrate deeply into the skin, as far as to the capillary area, and is thus distributed rapidly via blood in the entire body. The head is outside the tent. The body temperature can easily be controlled by means of radiation control (device: IRATHERM®, Germany).

3. Long-wave infrared: Lying in a high-humidity tube whose walls are maintained at a constant temperature of about 60 °C, the patient is warmed up by infrared C radiation. The head is outside of the heat tube (devices: Enthermics, Aquatherm, USA).

4. Extracorporeal blood warming: The patient‘s blood is drawn out of a large blood vessel and warmed in a heat exchanger located outside the body, then returned back to the bloodstream. This method, used only rarely, is comparatively complicated and plagued by possible complications (device: e.g. IDT, USA).

For this reason, gisunt® hospital uses the infrared-A-based technique and Heatheal method for whole-body hyperthermia. This ensures a high degree of patient safety.

How is the treatment performed?

sCMT consists of main and supplementary framework treatment. Depending on the patient‘s condition, the latter can be performed both on an outpatient or inpatient basis, and is essentially an immune/oxygenation therapy. The scope of these measures and their timely arrangement with regard to the main treatment is based on the results of the initial examination, the patient‘s history and condition, as well as on the projected plan for the main treatment, depending in particular on whether thermochemotherapy (combination of sCMT and cytostatic chemotherapy) is planned and which cytostatics are to be used. The time before and after the main treatment can additionally be used for local and/or regional hyperthermia.

The main treatment on the IRATHERM®2000 system takes about five hours and is performed under mild anesthesia (neuroleptanalgesia). The infusions of glucose and electrolytes are administered before the main treatment. Sensors are placed for monitoring the temperature, cardiocirculatory parameters and oxygen saturation. This is followed by an approximately 2-hour warm-up phase, during which cytotoxic agents can also be applied. After achieving the thermal plateau of 60 to 90 minutes with a body core temperature of 41.5 to 42.5 °C, the energy input is withdrawn and the cooling phase begins. A 12 to 24-hour intensive monitoring follows. Our doctors will discuss the details of the procedure.

In the 5-year period from December 1990 to December 1995, a total of 679 sCMT treatments, 82 % as thermochemotherapy, were performed in the Von Ardenne clinic in Dresden, Germany, on patients with late-stage cancers, uncontrollable by conventional therapeutic modalities. Of 490 individual therapies assessable according to UICC, 110 cases of tumor regression (complete: CR, partial: PR or slight: MR) and 220 cases of halted progression (NC) were observed. In 160 cases, cancer progression could not be halted despite the treatment.

Our head of department had acted as the director of the Von Ardenne Hospital in Dresden from 1997 to 2000. He learned the procedure from its inaugurator and has been continuing it at Gisunt Hospital since that time. We are proud that our head of department was able to transfer this know-how to three university hospitals.